Young ringer Fergus Gunn was driving in the late afternoon when a tyre ruptured without
warning, causing his vehicle to turn over and over before finally crunching to a stop.

Brunette Downs Station is in the Northern Territory, 350 kilometres north of Tennant Creek and 660km north-west of Mount Isa, Queensland.

Royal Flying Doctor Service (RFDS) Flight Nurse Fred Hawkins, a member of the aeromedical retrieval team who flew from the RFDS Alice Springs Base, was among the first on the scene.

"At the scene of the accident Fergus needed our help to breathe, and a blood transfusion,” Fred says. 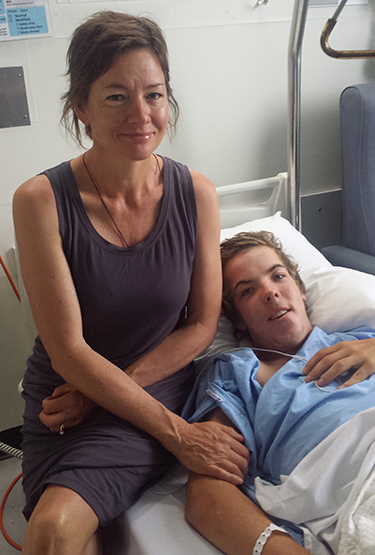 “His blood pressure was very low and we were mindful that he could go into cardiac arrest at any time,” he says.

"Before we took him to the aircraft, we also needed to secure his body in a special vacuum mat to immobilise his neck and back to reduce the risk of making any possible spinal cord damage worse."

After a painstaking 40-minute drive to the airstrip with Fergus lying on the tray of a station ute, the RFDS aircraft left for Alice Springs, with the retrieval team continuing to give Fergus critical care in the air.

The trip to Alice Springs by road takes over ten hours, but the RFDS aircraft covers this ground in just 100 minutes.

After touching down in the early hours of the morning, scans at Alice Springs Hospital revealed Fergus had suffered two punctured lungs, and fractures to a number of vertebrae.
By the time the sun rose again, it was clear that Fergus needed the attention of specialists at the Royal Adelaide Hospital (RAH).

Flight Nurse Fred was again by Fergus's side as they flew to Adelaide.

All the serious threats facing Fergus were urgently investigated and treated.

Then, enormous relief, with tests and scans revealing that Fergus had not suffered any permanent injuries, although he does sports a few facial scars as a reminder of his "lucky escape".

"I know that the RFDS gave me a second chance to live the rest of my life, and I can't thank them enough," 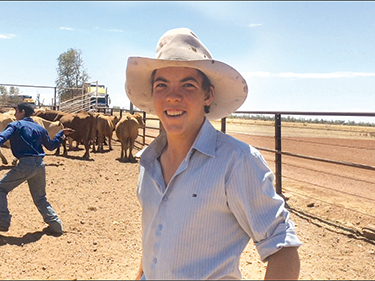 The RFDS performs 100 aeromedical missions across Australia every day – over eight flights in the Northern Territory– to airlift a critically-ill patient like Fergus from an outback location or a country hospital to a major hospital for life-saving surgery or specialist care.

The RFDS also delivers critical support to those who live in urban centres. This includes the regular transfer of patients to interstate hospitals for life-saving surgery such as organ transplant and heart surgery on newborn babies.

Can you help us save lives?
DONATE
Rick
Aged 38
Loxton
Next Story A race against time.
READ RICK's STORY