“It was the worst day of our lives,” remembers Mt Gambier mother of four, Susan Thorpe.

“The morning started normally; our eldest son, Jack, left for his apprenticeship and our three younger boys got ready for school,” she says.

“Then my brother phoned to check that we were all OK – he’d seen a serious car accident.

“Jack didn’t answer our phone calls. He didn’t reply to our messages. My husband, Lee, drove to Jack’s workplace. When Jack’s boss said he hadn’t arrived for work our stomachs dropped.”

“Jack was conscious when he arrived at the hospital – and in extreme pain. A chest drain had been placed in his lung.

“We were told Jack had hit a tree after swerving to avoid a vehicle that failed to give way at an intersection. It had taken an hour to remove him from the wreckage."

Jack’s injuries were so critical, he needed to be urgently airlifted from Mount Gambier to Adelaide to save his life. 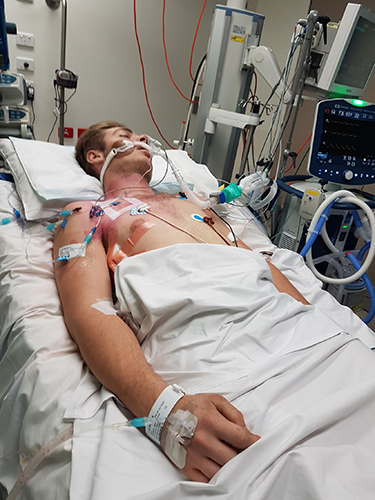 The Royal Flying Doctor Service (RFDS) was alerted and soon after a RFDS aircraft and MedSTAR retrieval team were on their way. The 435-kilometre drive to Adelaide takes nearly five hours, but a RFDS ‘flying intensive care unit’ covers this ground in just one hour.

“Jack was sedated ready for the flight and hooked up to machines to help him breathe,” Susan says.

“Jack was very unstable during the journey and suffered a lot of bleeding. It was so frightening.”

Jack was given more blood at the RFDS Adelaide Base before being transferred by ambulance to Flinders Medical Centre, where he was placed into an induced coma.

“Jack’s father and I barely dared to leave his bedside. It was like living in a nightmare, not knowing what the future might bring,” says Susan.

Thankfully, there was a glimmer of light at the end of the tunnel when Jack woke up.
“Jack was sore and had no recollection of the accident, but he appeared to be our normal Jack, chatting and making jokes,” says Susan.

A month later – after two operations, a plate in his arm and multiple blood transfusions – the RFDS flew Jack home to continue his recovery in his local hospital.

“There are no words to adequately express just how grateful we are to them,” says Susan.

We have no doubt that the RFDS saved Jack’s life. 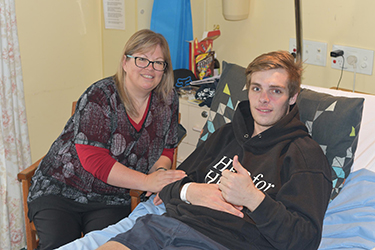 The RFDS performs 100 aeromedical missions across Australia every day – over 15 flights in South Australia – to evacuate a critically-ill patient like Jack from an outback location or country hospital to a major hospital for life-saving surgery or specialist care.