Late one afternoon, on an outback station 680 kilometres north of Alice Springs, Jimmy was working with fellow ringer Peter in cattle yards an hour's drive from the station's homestead.

With their day's work done, the two set off to their campsite, Jimmy riding a motorbike and Peter in a four-wheel drive.

Jimmy doesn't remember what happened next.

Unseen, a steer crossed into Jimmy's path, causing them to collide, and Jimmy was thrown from his motorbike.

Jimmy had been knocked unconscious, was convulsing, and soon threatened to choke on his own blood. 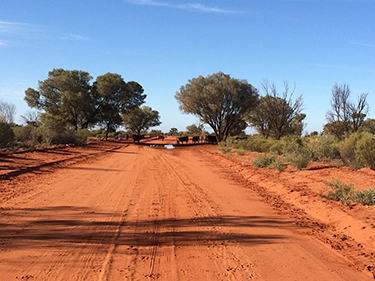 Peter knew that Jimmy was in a bad way - but at least he was still breathing.

The two men were suddenly caught in a frantic struggle for survival.

Station staff arrived at the scene and fitted Jimmy with a neck brace and lifted him first onto a stretcher, then onto the back of a truck.

The truck travelled 100km to meet an ambulance travelling from the tiny settlement of Elliott, where Jimmy was transferred to a bush ambulance to complete the journey to the dirt airstrip, where the RFDS aircraft was waiting.

The drive from Elliott to Darwin takes seven hours but an RFDS aircraft covers this ground in just over 90 minutes.

Upon arrival at Royal Darwin Hospital, the terrifying reality of Jimmy's brain injuries was revealed.

Jimmy had suffered a Defused Axonal Injury (DAI), one of the most devastating types of brain injuries. Often DAI patients never regain consciousness. Those that do are often significantly impaired.

Jimmy's brain was bleeding in three different places, he had sustained a fracture behind one eye socket and damage to his teeth.
Jimmy’s mum Sue knew that if her son defied the odds and survived, he would likely never be the same.

"It was a huge shock to see our fit and strong son in such a state," Sue says. "The doctors and specialists didn't expect Jimmy to ever wake up."

But, after eight days of induced coma, Jimmy did wake up. 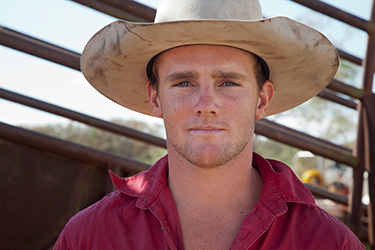 "When he woke up we knew Jimmy was still with us. The feelings we had when he moved his leg and hand were magical," Sue recalls.

Those moments marked the beginning of an amazing journey of recovery.

Incredibly, within just four months, Jimmy was back work, back on his horse and mustering cattle.

"I was given a 1 per cent chance of surviving,” Jimmy reflects.

"I wouldn't have survived without the RFDS airlifting me to Darwin."

The RFDS performs 100 aeromedical missions across Australia every day – over eight flights in the Northern Territory– to airlift a critically-injured patient like Jimmy from an outback location or a country hospital to a major hospital for life-saving surgery or specialist care.

Can you help us save lives?
DONATE
Stephen
Aged 52
Kadina
Next Story Holiday turns to
deadly threat.
READ Stephen's Story