Scarlett has endured more in her two years than most of us do in a lifetime. At six months of age, she began vomiting after every feed. Her local GP in Laura, in country South Australia, suspected pneumonia and ordered urgent chest x-rays in Adelaide.

Scarlett’s condition deteriorated and was now so critical that there was no time to make the two-and-a-half hour drive to Adelaide. The Royal Flying Doctor Service (RFDS) was alerted and a RFDS aircraft and aeromedical crew evacuated Scarlett and Morgan to Adelaide in just 30 minutes.

But the diagnosis they were about to receive was far more serious than pneumonia.

“It was terrifying”, remembers Morgan. “In less than 24 hours we’d gone from ‘your little girl might have have pneumonia’ to ‘she needs open-heart surgery.’”

Time was critical – a 700-kilometre ambulance ride to Melbourne wasn’t an option.

Once again, the RFDS and now a MedSTAR Kids retrieval team were there – ready to transfer Scarlett and Morgan for life-saving treatment in a RFDS ‘flying intensive care unit’. 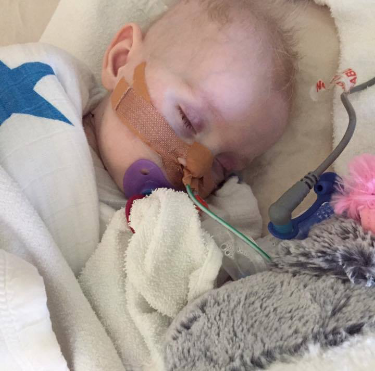 The family were told gut-wrenching news: there was only a 15 percent chance that Scarlett would survive the flight.

“What I felt on that flight, watching my little girl sedated and hooked up to machines, is indescribable. I just kept telling myself that we were in the best and safest hands possible,” says Morgan.

“When we arrived in Melbourne, we were told Scarlett’s heart was three times bigger than it should have been. She was living off of one lung and her tiny body was beginning to shut down,” Morgan says.

Scarlett was given less than a 20 per cent chance of surviving the operation.

Morgan says she’ll never forget the consultant’s update just three hours after their tiny daughter was wheeled into the operating theatre: “the surgery was successful”.

“Relief washed over my husband’s face as I shared the amazing news. Our precious Scarlett was a fighter.”

Scarlett spent three weeks in Melbourne, before another aeromedical flight by the RFDS back to Adelaide’s Women’s & Children’s Hospital to complete her slow but steady recovery.

Today, Scarlett is a happy and healthy two-year old.

‘Grateful’ doesn’t even begin to describe it” says Morgan.

‘Without the Flying Doctor, Scarlett would have died.’ 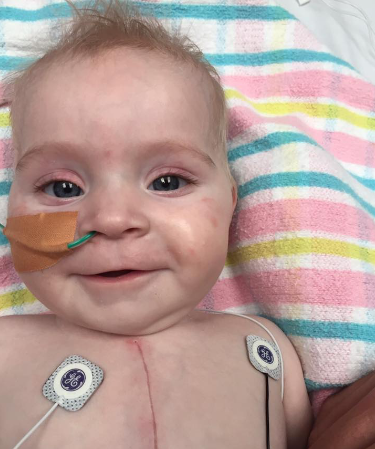 The RFDS performs 100 aeromedical missions across Australia every day – over 15 flights in South Australia – to evacuate a critically-ill patient from a country hospital to a major hospital for life-saving surgery or specialist care.

The RFDS also delivers critical support to those who live in urban centres. This includes the regular transfer of patients to interstate hospitals for life-saving surgery such as organ transplant and heart surgery on babies, just like baby Scarlett.